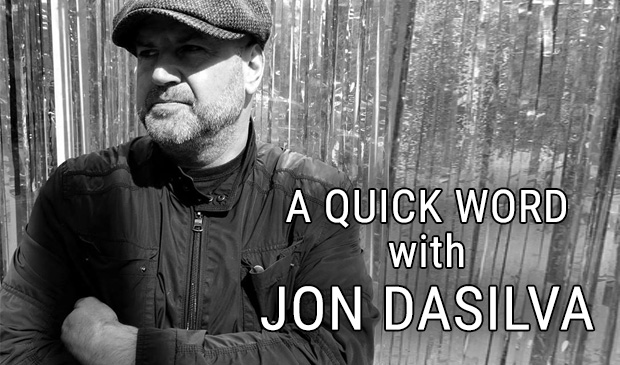 Resident DJ at legendary club The Haçienda, Jon DaSilva is widely regarded as one of the most influential DJ’s of the early house scene. On the 12th October Jon will be playing a B2B set with Posthuman at I Love Acid at Gorilla in Manchester.

We catch up with Jon DaSilva for a quick word…

What’s your favourite memory of raving over the years?

So, so many good times and great people, as you can imagine! I’ve been very blessed. Memories of the old days of the hacienda will always be special – the pure energy of the place in 1988 and the next few years… the noise, sweat and excitement…

Back in the days of the Hacienda what kind of things do you recall and what was one of the craziest party stories you can share?

The craziest party in some respects was when we all piled onto a tour bus with 20 punters and headed down to Bath and Peter Gabriel’s Real World Studios to do a party celebrating the finish of the mixing of New Order’s ‘Technique’ album. They let us party in the live room… all stripped wood with a stream running through it under glass! Payment was interesting… I’ll let you guess!

How has raving changed in today’s climate?

Organised… so much more organised! In some areas that’s great. In others no, nope… boring and corporate… I’m in my 50’s so maybe I’m not the right guy to ask! I love DJing in dark atmospheric clubs to ardent music heads so in that respect nothing has changed!

You’ll link up with Posthuman with a B2B set at the ‘I Love Acid’ showcase at Gorilla in Manchester on the 12th October – how excited are you for this?

With Joshu Doherty! Yes! This is our third B2B… bessie mates and co promoters on the night. We have very similar tastes obviously but still manage to surprise each other… it’s just always fun as fuck!

If you could perform with one other artist, dead or alive, who would it be and why?

Moodyman – genius attitude and skills. Can I have two? Ok, thanks… Erik Satie – he’d love a sequencer!

What record stores and facilities around Manchester would you recommend for music fans?

What’s been the biggest challenge of your career as a DJ?

Digging myself out of  a rut  musically and professionally…not finished, still more to do.

If Jon Dasilva was a drink, what would it be and why?

You can catch Jon B2B with Posthuman at I Love Acid on the 12th October alongside Luke Vibert, Ceephax Acid Crew [live] and DMX Krew.