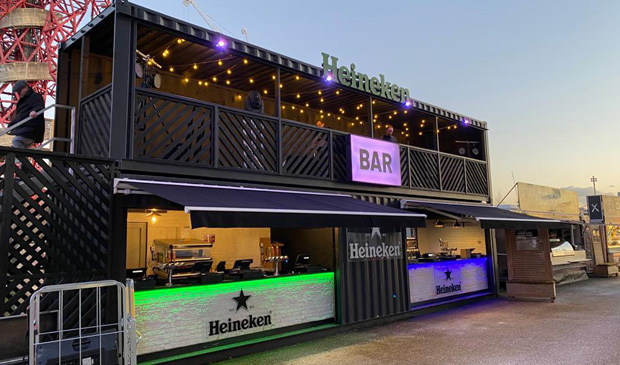 On Monday 10th December Centreforce Radio broadcast live to millions when it took over the Heineken Bar at the West Ham United stadium to honour Rainbow Laces Campaign.

Artful Dodger and Centreforce DJs Danielle Montana, Peter P and Martin Cee played house, dance and garage anthems to Hammers fans prior to the game against Arsenal and for the first time ever there was entertainment during half time at West Ham United.

Centreforce Radio partnered with West Ham United and Stonewall to mark the special day that supports LGBT equality in sport.

Darren Clack, Commercial Director at Centreforce Radio said: “Centreforce was proud to be a part of the Rainbow Laces Campaign along with West Ham as football and music brings people together. Inclusion is one of Centreforce’s priorities and prides itself on family values and people being part of its community.

“We would also like to thank West Ham United and Stonewall for excellent partnership working and look forward to working with them in the future.”

Dave Low from Artful Dodger said: “It was a privilege to play at West Ham today and we are the first to provide entertainment prior and during the half time break. Many football fans are original Centreforce listeners from 1989 so were there at the very beginning, so to broadcast live from the match evoked memories from a very special era.
Originally a pioneer in the acid house scene, Centreforce Radio was born in 1989 as a pirate radio and was the biggest and most influential underground radio station during the Acid House and Summer of Love era. It was the birthplace of the most influential DJs and record labels in dance music today.