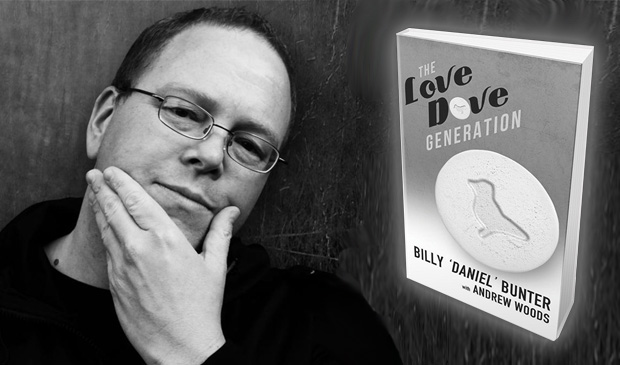 In recent times, Billy “Daniel” Bunter has been responsible for giving a number of rave pioneers the opportunity to tell their story. Titles such as Mark Archer’s “The Man Behind the Mask”, Uncle Dugs’ “Rave Diaries and Tower Block Tales” and Jumpin Jack Frost’s “Big, Bad & Heavy” have given an insight into the early scene in a way that fans of other musical genres have taken for granted for decades.

Whether it’s acid house, breakbeat, hardcore, techno or drum and bass, the “rave scene” has never had the same literary coverage as other musical genres despite it’s game-changing nature. Previously, if you’ve not followed the mainstream rock or pop scene, your reading options have been limited.

With Billy “Daniel” Bunter’s foray into the literary world we’ve been given the opportunity to see beyond the strobes and smoke and discover the real stories behind some of our favourite DJ’s and producers. As a publisher Bunter has made a fantastic contribution to the old skool community and it all started in 2015 with his own autobiography “The Love Dove Generation”.

For over 25 years Billy “Daniel” Bunter has been at the forefront of underground dance/rave culture; never content to stand still, and always looking to move things in new directions. Whether it’s pushing the frontiers of hard dance with his Great British Techno label, his work as a DJ, producer and promoter, or setting up his own publishing house, Bunter has always been one step ahead of the game. And when reading his book you begin to understand what drives him.

Covering his younger years with candour and humour, the book documents the scrapes and hustles of a young Dan selling spuds at the market, working at Paul’s Records, and doing pirate radio. The early chapters on his residency at Labrynth do a great job of capturing the energy and excitement of the burgeoning rave scene, but it’s the tales of DJ rivalries, party excess and the exploits of a pilled-up parent that really get you hooked.

The book is a real insight into the early days of rave, as Bunter has been involved since the very beginning, and it’s fascinating to hear his take on how the music evolved over time. The book is broken into tight chapters, each with a clear focus, and punctuated by commentary from his peers including Liam Howlett, Eamon “Liquid” Downes, Slipmatt and even his partner Sonya. In that sense the book can be quite intimate – Bunter has clearly forged close bonds with others in the scene as is evident in the manner in which he’s regarded.

His relationship with Sonya and his immediate family isn’t glossed over and is told with a truthfulness that you come to realise is very characteristic of the man himself. He doesn’t sugar-coat private matters or areas of his business life; at one point describing the GBT label as a “very badly run business”. The back story to statements like this are fascinating to read given what little we knew on the surface.

Interspersed throughout the book are a number of glossy photographic sections documenting the younger Bunter’s years right up until the point where the book is written. The final image is beautiful and I won’t spoil it here other than to say it is a wonderful image representing the distance traveled by a man armed with nothing but a passion for music.

The image sections will will be of interest to anyone with a passion for the rave scene, featuring old photos of Bunter with many other pioneers of the scene. However, it’s also worth noting that the inclusion of family photos, particularly of Sonya and his children Jack and Katy, holds up a mirror to the rest of the book – specifically how much significance Dan puts on family. Dan and Sonya met as teenagers and have shared the highs and lows of a life dedicated to family, music and the wider industry.

Pirate radio stations getting busted. Unexpected pregnancies. Fathers being thrown out of raves. UFO sightings. DJ Rap losing her cool because Ramos had pulled the plug on her vinyl pressing… this book features them all! Plus, how do you balance the pressures of the DJ lifestyle with the responsibilities of being a married father? How do you ensure you’re providing for your family both financially AND emotionally? Bunter writes candidly about such personal topics:

“I used to take Jack to football every Saturday morning after I had been DJing all over the country. I’d be bloody knackered and had sometimes been up for 30-odd hours having done 500 miles. He never scored, ever. Then one Saturday morning whilst on tour in Taiwan, the little bastard went and got his first goal. I was gutted about that.”

Billy “Daniel” Bunter has been a fixture of the UK dance scene for nearly three decades and his reputation is of a man who cares deeply about the music and the people on the dancefloor. He acknowledges mistakes and celebrates successes, sharing both with equal candour.

It’s really not too much of a stretch to imagine seeing “The Love Dove Generation” one day gracing cinema screens given the balance of grit, humour, and real-life drama on display. If any story is worthy of the biopic treatment it’s this one.

And just imagine the soundtrack..!

Billy “Daniel” Bunter’s “The Love Dove Generation” can be bought from Music Mondays.